Are Short Achilles Tendons a Curse?

One maxim in the athletic world thats been banded around for years is that it's easier to jump high and run fast when you have high cut calves with short muscle bellies and long achilles tendons. I was involved in a debate about this topic the other day and I thought the topic was worth delving into.

The theory is that tendons act like rubber bands - they absorb the force and return it, just like a a rubber band, and the longer the rubber band (the tendon), the more force it can produce. 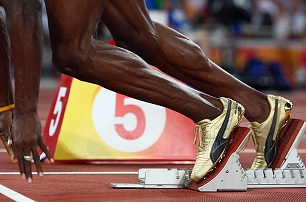 The observation certainly seems to hold true more often then not. The majority of top athletes in speed-power dominant sports like football, basketball, and sprinting have this long achilles, "high-cut" calf characteristic.

However, that doesn't explain solid performances by plenty of people with more normal lower leg anatomy, like Steffan Holm:

So what's the deal?

As I've mentioned before, the role of pure tendon contribution to plyometric movements has likely been overstated in years past. You can obviously jump higher with a windup or a run-up then you can from a standstill. Is this due to tendons or something else? Well, more recent research tends to indicate that what happens during a plyometric movement is that the countermovement excites the muscles and allows them to build up a higher level of force before the start of shortening, so that they're able to produce more force over the first part of their shortening distance. This would tend to negate the influence of tendon lengths on superior performance. (1,3)

A couple of recent studies further illustrate this. In one, researchers studied tried to link a variety of thigh and lower leg anatomical characteristics to performance in a variety of jumps. The lateral gastrocnemius (calf) thickness was the strongest predictor of absolute power of all the lower leg characteristics studied. (2) Another presentation concluded that during the quick jump situations often observed in sport that tendon length may actually diminish rather than enhance performance. Physiological characteristics brought about by heavy strength training (eccentric muscular strength) better predicted early force production in sports requiring multiple rapid fire maximum force efforts (such as consecutive jumps).

Does that mean "high-cut" calves are actually a negative thing? And what does that say about the old sprinters coach philosophy of looking for the guys with the high calves? Is it a bogus observation? Well, I believe the observation does hold up but for reasons other than the apparent. Here's the deal: 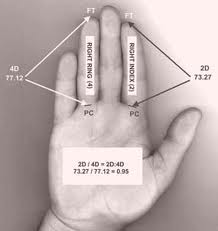 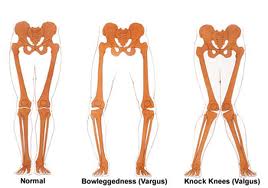 There are exceptions - for example, Albert Hanynesworth is knock-kneed and Mike Tyson has a short ring finger, but the general relationships holds true most of the time.

Take a look at samoans for example - a group that often combines naturally low cut muscular calves with a ton of other positive physiological athletic qualities...you're not gonna have a difficult time finding explosively athletic samoans.

Longer achilles tendons appear to be most advantageous in situations where energy conservation favors energy production - top speed sprinting (speed endurance) and distance running. Kenyan distance runners are a good example here. They don't necessarily go faster than everyone else, they just go forever without fatiguing.

So, to summarize, from strictly a structural perspective there is little advantage to having high cut calves. In fact I could make a pretty strong argument (and an observable one) that low cut calves can often give an advantage during initial acceleration and certain types of jumps if other key ingredients are in place - it's easier to generate force from the lower leg. The observation holds true if you watch sports like gymnastics, involving a lot of jumps performend with very short range of motion - basically just ankle pushoffs. The squattier more muscular athletes often excel:

But anyway, the structure of your ankle extensors is but a very minor part in overall athletic development so there's no need to feel inferior if you got left out of the long achilles athletic lottery!